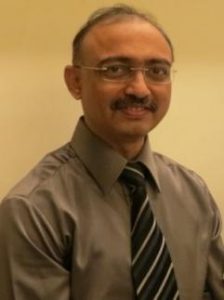 A young men of 37 years old Mr. Kiran Patil (Patient Identification Number P7224) visited Deepganga Total Health Solution on 23 June 2015 for the complaint of Psoriasis & Hypothyroidism. His TSH level was 12.9 when he approach to us, He was suffering from Psoriasis since one and half years and it was increasing since last 3 months. He was having dry, thick lesions of Psoriasis Itching and scaling were there on the affected areas. His complaints would increase in cold weather. As it started increasing, He wanted to go for the treatment. He came across an article about Psoriasis treatment at Deepganga Total Health Solution and decided to get treated under Dr. Jaswant Patil. His case details were taken.

He had gained 2-3 kgs weight in last 3-4 months. He was also suffering from easy fatigue and weakness since last couple of months. Dr. Jaswant Patil advised him to get his Blood & Thyroid levels checked. His TSH level was 12.9 on 26th June 2015. He had family history of autoimmune diseases like Diabetes and Hypertension.

His appetite was average. He was fond of spicy and junk food. Thirst, perspiration and bowel habits were normal. He was more tolerant to warm weather. Sleep was sound. He would get dreams about daily routine.

As a profession Mr. Kiran Patil is B.E. and doing Job in Bangalore. His parents was staying in Jalgaon and he is in Bangalore since last few years. He was fun loving , could easily mix with others. He would like traveling and seeing new places. He could adjust himself very well even after staying away from home for so many years. He was confident and independent.

Dr. Jaswant Patil studied his case in detail. Constitutional medicine along with patented medicines were prescribed. He was put on homeopathic medicines for Hypothyrodism as well.

He gave his feedback on 05th Aug 2015. There was 10-20% improvement. Itching and scaling were better by 10-20%. Dryness on hands was reduced by 20% and on legs it was same. Weakness was reduced. His feedback was studied and medicines were upgraded and advised to check his Thyroid level on next visit . On 19 Aug 2015, he came for his follow-up intensity of his complaints was much less. Psoriasis was better by 60-70%. His TSH level was 6.8 IU/ml on 15 Aug 2015. Based on her feedback, revised medicines were prescribed.

On 23 Sep 2015, He reported with his Thyroid blood report TSH level was 6.4 IU/ml checked on 13 Sep 2015.
According to 14 Oct 2015 follow-up history of Psoriasis was cleared by 60%. Weakness was reduced. His treatment for Hypothyrodism was continued. On 21 Oct 2015, he visited Deepganga Clinic. Weakness was better by 80%. he would feel more energetic. He had checked his Thyroid levels on 17 Oct 2015. TSH value was 3.5 He was very happy to see smooth recovery in her Hypothyrodism as well. Till date he is happily continuing his treatment…